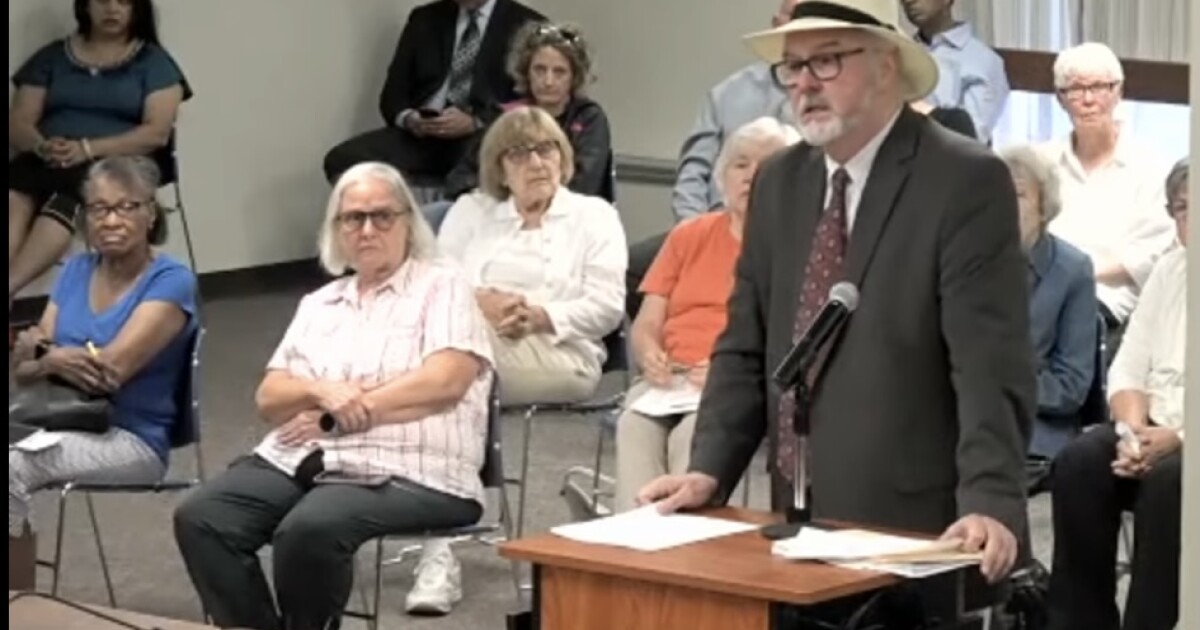 Nearly a dozen residents of a neighborhood hit hard in last month’s floods spoke to Bloomington City Council on Monday, with many recounting the impact of the sewer backup. Several criticized the city for not repairing the combined sewer system in this area before other parts of the city.

A multi-agency resource center will be set up this weekend to help McLean County residents grappling with the aftermath of the June 24 and 25 floods, City Manager Tim Gleason told council.

During the public comments, 10 speakers said they wanted the Eastgate neighborhood, which stretches west of Regency from Washington Street to Oakland Avenue, to be a higher priority for the Bloomington Public Works Department. addressing the problem of Combined Sewer Overflow (CSO).

Fighting back tears, Tina Sipula, a resident of Eastgate, said flooding and combined sewer overflow had destroyed her basement and resulted in health problems for her family. She is now on her third round of antibiotics, despite hiring a reclamation company to disinfect the basement.

“We have lost furniture, books, photo albums, letters from lost loved ones – personal items that can never, ever be replaced,” she said.

“Peace of mind was taken away,” said neighbor Ann Miller, who said her house does not feel like home now that it is a victim of a disaster.

Donohue described the OSC this way: “Sewage and storm water are combined into one line in the city – prohibited in most states.” He said his family had to stay in a hotel for more than a week after the June floods.

“It’s now an underground labyrinth of these mixed sewer lines. And you’ve heard stories here today that just don’t happen to other communities called Bloomington. It happens to us. Every year something like this happens, ”he said.

“It wasn’t so much a rain problem as it was bad planning, bad civil engineering work,” Donohue said, adding that Eastgate residents wanted a solution. “And we don’t want to wait until 2025,” he said.

Following Sipula’s comments and other public commentary, much of the council meeting focused on these June storms – both how to respond to property damage and how to prevent future similar disasters. Bloomington addressed the combined sewer issue, but some commentators asked on Monday why a low-lying neighborhood like Eastgate was not a priority.

Sipula asked council why Eastgate’s combined sewers were not patched before other higher areas such as Country Club Place and Sunset Road.

“I think the areas that need it most need to be addressed first,” she said, noting that the city has known about the problem since at least 2014. “We are coming to you asking for your help. , to reallocate funds if necessary, so that we can get the modernized sewers in one of the most needed areas of the city, in Eastgate, ”she said.

Some residents have talked about installing check valves after previous flooding, but said these did not solve the big problem.

Resident Mary Kramp said the sporadic installation of check valves can protect single-family homes, but causes other problems by increasing the strain on main sewers. “This can then increase the risk of sewage flooding into the homes of other neighbors,” she said.

Several board members asked Gleason about the flood response. He said that will be the subject of the committee meeting as a whole on Monday.

Mollie Ward, a member of Ward 7, said the city should consider using the overhead sewer fund program to move forward on the CSO issue more quickly, beyond the current Locust-Colton project.

Days after the flooding, Bloomington Public Works Director Kevin Koth told WGLT that while the newer sections of Bloomington have separate sewers, the older ones do not. The city is separating these lines during reconstructions, but there is a lot of infrastructure to change, he said.

The city manages a multi-million dollar reconstruction like this every few years, he noted.

McLean County Emergency Management Agency (EMA) reports more than 1,000 homes and businesses in the county have sustained structural damage during the floods of last month and over 100 properties were severely damaged or destroyed.

Gleason said the city has received more than 500 flood-related claims. The city’s third-party administrator, PMA, made initial contact on each complaint, he said, but added that he did not know how many assessment visits were made.

“Each incident is looked at on a case-by-case basis,” he said. “We very much appreciate the community’s patience with something that many have fallen victim to. We will get through this as best we can.”

Ward 4 council member Julie Emig asked if PMA has a timeline, but Gleason said he didn’t know. He said his requests could still be submitted.

Monday marked the first in-person city council meeting since March 2020. The meeting was held in Room 400 of the Government Center downtown. This is the McLean County Council Chamber, and Mayor Mboka Mwilambwe thanked council leaders for sharing the space with Bloomington City Council for the remainder of 2021.

During the meeting, which was also broadcast live, Gleason shared several updates related to the flooding:

Bloomington’s IT director Craig McBeath answered questions from the board about the 2021-2023 IT plan, noting that no money is committed to the plan in its early stages.

Sheila Montney and Ward from Ward 3, along with several other council members, urged IT to focus on improving the city’s website.

Mwilambwe noted that the city’s IT department is relatively small compared to some local entities, and he thanked IT staff for handling the extra workload placed on them by the pandemic’s shift to almost every hour. virtual environments.

McBeath noted that Bloomington employs 13 IT people, seven of whom are full-time. At present, two of these staff members oversee the city’s website using a content management system.

Gleason said McLean County continues to be in the top 10 per capita to receive COVID-19 vaccines, among the state’s 102 counties.

Still, he said efforts to encourage people to get vaccinated continue.