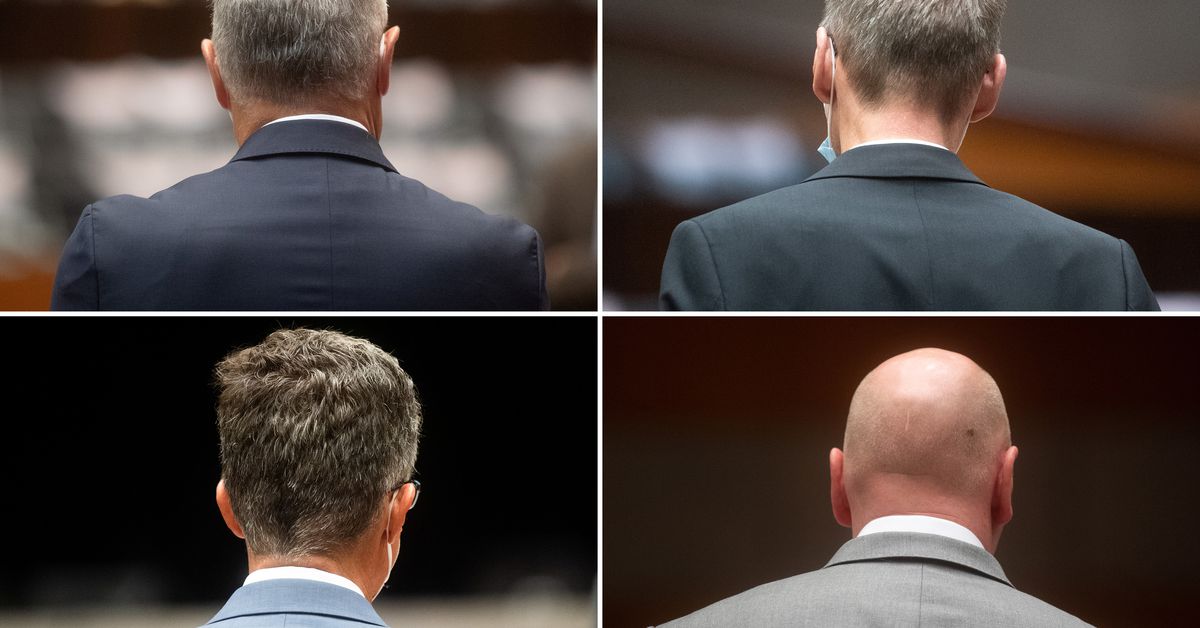 BRAUNSCHWEIG, Germany, Sept. 16 (Reuters) – Four former employees of automaker Volkswagen (VOWG_p.DE) were on trial on Thursday over the Dieselgate scandal in which illegal software was used to cheat emissions tests.

The trial, which is being held in the city of Braunschweig, near Volkswagen’s headquarters in Wolfsburg, began without former CEO Martin Winterkorn, whose separate trial will take place at a later date.

The four employees, who are accused of fraud, were aware of the illegal software but did not raise the issue, instead seeking to maximize the automaker’s profits and, therefore, their performance bonuses, Braunschweig prosecutors said. .

A combined photo shows the four defendants at the start of the trial of former Volkswagen executives accused of misconduct over their role in the automaker’s manipulation of diesel emissions tests, in Brunswick, Germany, September 16, 2021. Julian Stratenschulte / Pool via REUTERS

The defendants claim either that they were not aware of the manipulation or that they had informed their superiors, said judicial sources.

Volkswagen admitted in 2015 that it cheated US diesel engine tests, triggering the biggest crisis in its history.

It has cost the world’s second-largest automaker more than 32 billion euros ($ 37.7 billion) in vehicle repairs, fines and legal fees so far.