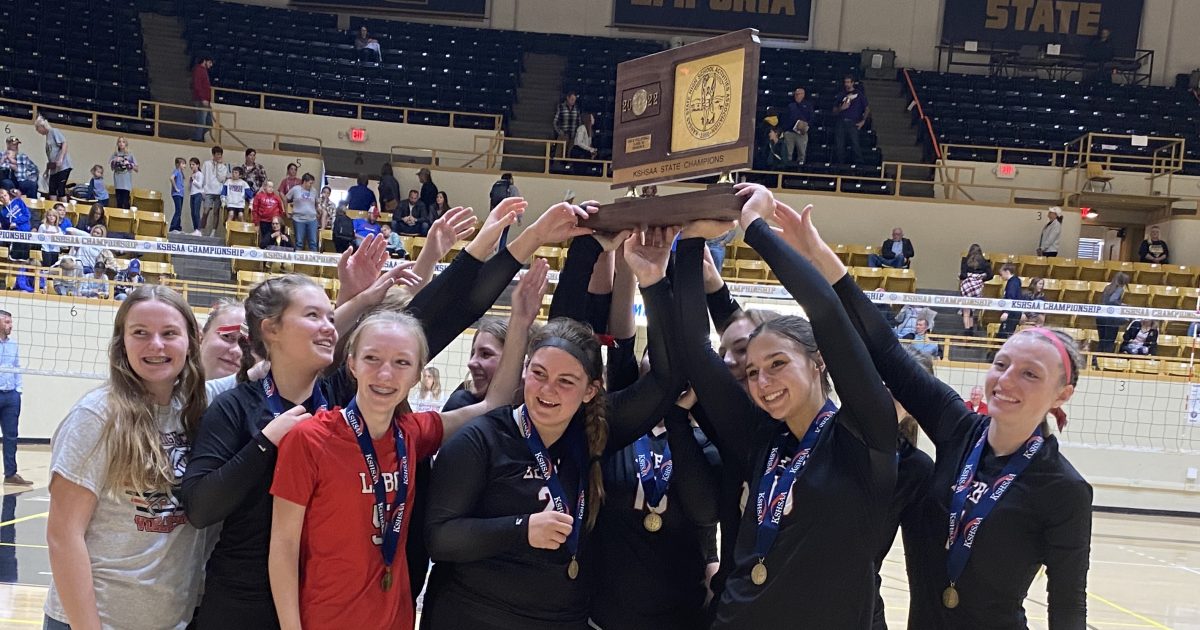 The third time was the charm of Lebo’s volleyball team Saturday morning at the Class 1A-Division II State Tournament held at White Auditorium.

Senior Brooklyn Jones had the kill to give Wolves the win. Her sister, Abigail was able to set her up for match point.

Wolves end their season with a 44-1 record and finished the season on a 41-game winning streak.

Getting ‘stuck’ with payday loans

Opinion: How a missed period reported by the gym teacher could spell trouble for girls