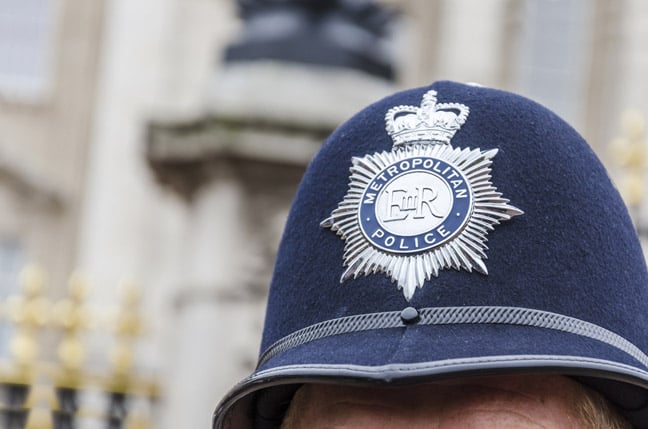 Fujitsu has been awarded a renewed contract to support and maintain the UK Police’s aging National Computer (PNC) after no other company bid for the job.

The contract awarded to Fujitsu Services in London, worth £48 million ($56.6 million), started in early April and covers a period of four years until the end of March 2026.

According to Home Office documents, the contract was awarded last year and is listed as a “single tender action”, indicating that it is a direct contract with Fujitsu in as a sole supplier. This procedure can be used for procurements below a certain contractual value threshold. It appears the Home Office has found no other bidders for the work.

Fujitsu told us that it had not announced the contract award because the customer had not authorized it to release details.

The PNC is located in a data center in Hendon, North London, and is based on a Fujitsu BS2000/OSD SE700-30 mainframe, but is technology originally developed by the company. German engineering Siemens that Fujitsu inherited when it acquired the company’s data processing division.

It was the subject of controversy last year when an error led to the accidental loss of 413,000 police evidence records from the system, the result of a script error in code designed to eliminate the targeted records. for deletion, although the lost data was eventually recovered. .

The Parliamentary Public Accounts Committee (PAC) also published a report criticizing the UK government towards the end of last year, warning that it had no clear plans on how it intended to replace aging legacy systems such than the PNC, which has been in operation since the mid-1970s.

The National Law Enforcement Data Service (NLEDS), which is designed to replace both the PNC and the National Police Intelligence Sharing Database (PND), was due to be operational in 2020, but this was delayed for at least five years. years with an estimated cost overrun of more than £400 million, according to PAC.

The UK’s National Audit Office (NAO) warned last year that the Software AG database used by the PNC is only supported on the Fujitsu mainframe until December 31, 2023, although the Home Office has the option to extend the contract for this support for a further 12 months, indicating that if NLEDS is not ready by then, the PNC system may need to be moved to a supported platform. supported or executed without support.

Another problem is that key personnel with the specialist skills and experience needed to keep the PNC running are approaching retirement age and it is unclear who will replace them, the NAO warned.

Fujitsu announced the end of the road for its mainframe systems earlier this year, saying it will stop manufacturing and selling mainframes by 2030, while support services will continue for five years beyond that. ®

Choosing the right CRM software for your business