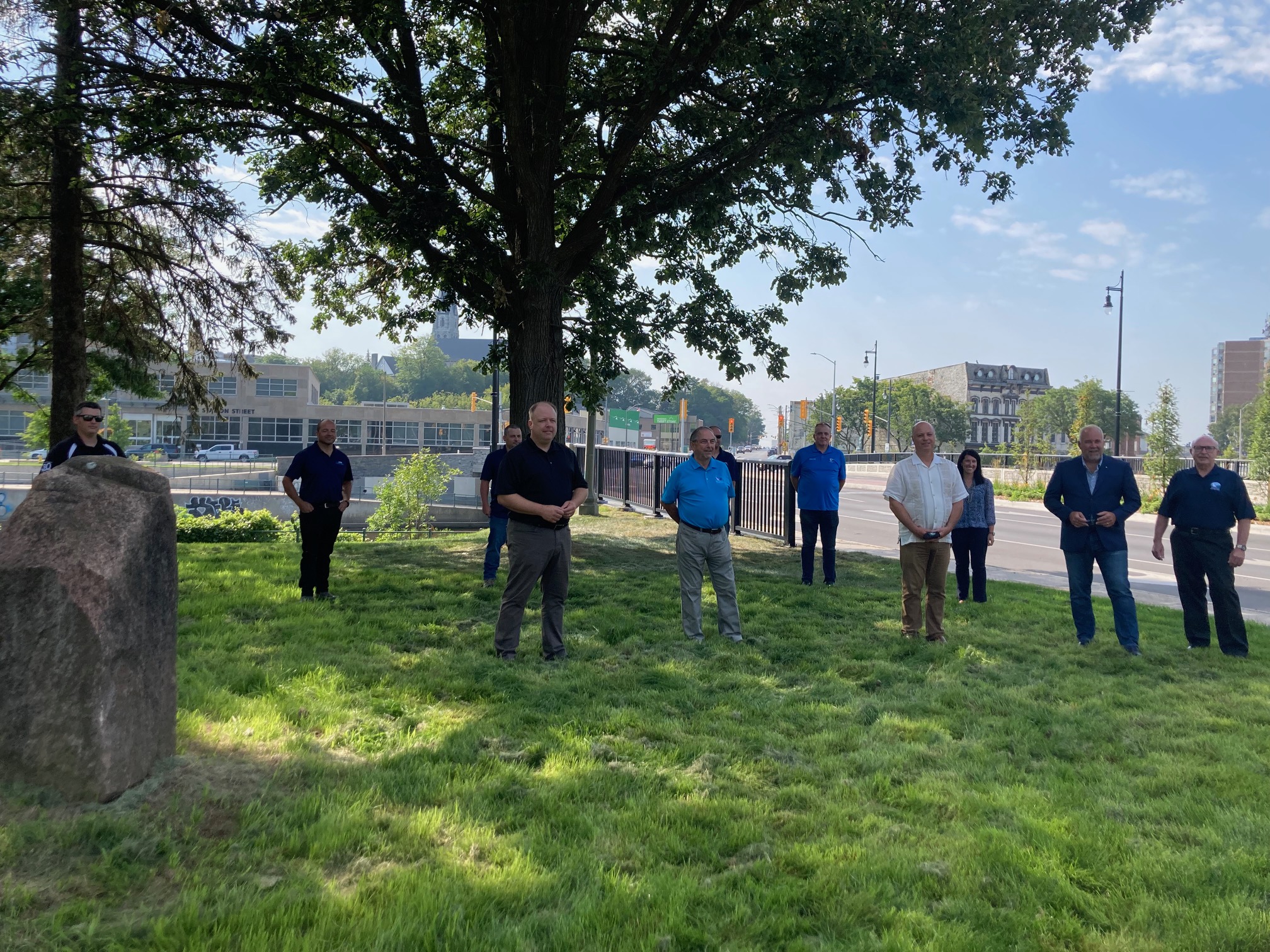 Belleville Mayor Mitch Panciuk, City Council members and Bay of Quinte MPP Todd Smith were among those at Argyle Park on Friday morning to celebrate the completion of the Sagonaska Bridge rehabilitation project.

Work on the bridge that carries Pinnacle Street over the River Moira began in 2020.

Repairs included securing the ends of the beams, replacing expansion joints, sidewalks and barriers, and adding new waterproofing and asphalt.

Mayor Panciuk applauded the work of Clearwater Structures, noting that they completed the project ahead of schedule and under budget.

“I mean, it’s the busiest bridge that the City of Belleville is responsible for. But it was also a difficult bridge to rehabilitate due to traffic and I found Clearwater had done an incredible job on it.

Panciuk says people should notice similar themes at all of the city’s major entry points.

“Whether it was the Bay Bridge and the municipal park that was across the tracks. Whether it’s Bell Boulevard, the Veterans Bridge and this one. They all have similar characteristics, they all seem to match and I think it connects the whole city. So, you know, it was important to us that it was not just done from a functional point of view, but that we improve the appearance of the city.

Three million dollars, or 90% of the funding for the project, came from the Provincial Government Links program.

“When you walk into a community, the infrastructure is quite often the first thing you see and it’s important and welcoming to make sure that infrastructure is in good shape and looking good as well. And it makes a great first impression not only on the people who live here, but also on the people who visit Belleville. So good job from everyone involved in this project.

This was the first rehabilitation work on the bridge since its original construction in 1978. 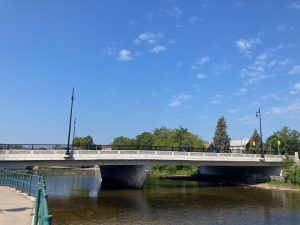