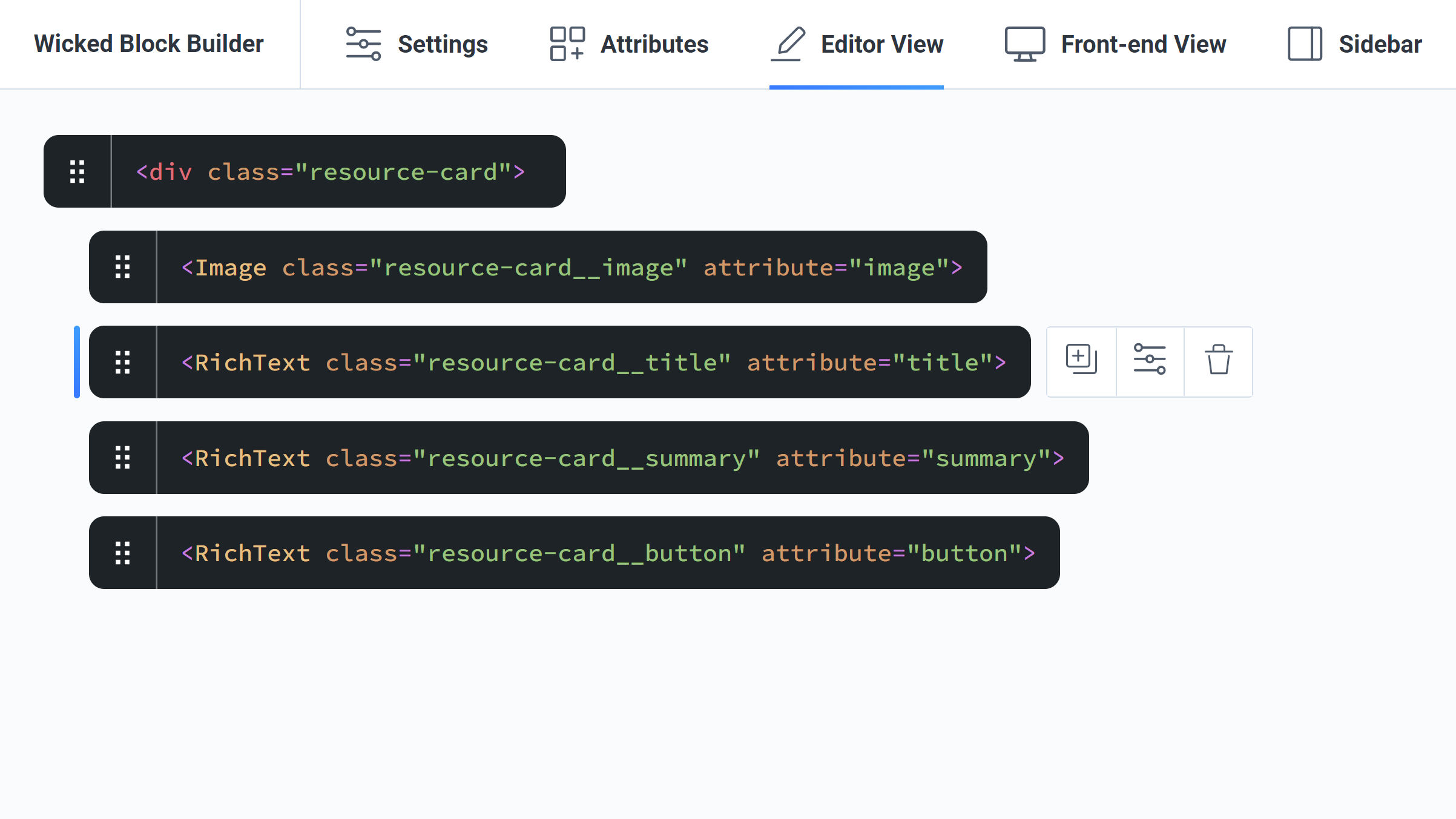 Last week, Wicked Plugins released version 1.0 of its Wicked block builder. I’ve been keeping tabs on this plugin since its November 2021 beta release. The project promised that developers would be able to “effortlessly build custom blocks”, and I was finally ready to put that to the test.

Over the past two months, I have activated the plugin from time to time. I knew a review would take me a while and I would turn it off before diving in. I constantly felt overwhelmed by the enormity of it – there are tons of settings to configure. The holiday season didn’t help either. I wanted to sit with a clear head and decide if this plugin was something WP Tavern’s public developers should put in their toolbox.

Or, at least, you should give it a spin to see how it compares to similar plugins. This is a version 1.x project, so there are still some missing pieces. However, it will make it easier to create the client builds without writing anything more than CSS for the custom blocks.

When I first started using the plugin, I seemed to encounter problem after problem. As always, I was trying to run before I could walk. I love testing new plugins at full speed and often forget to stop and RTFM. With complex projects like Wicked Block Builder, I have to remember that it’s okay to ask the documentation for help.

The plugin has a bit of a learning curve if you want to do something advanced. My suggestion is to do the opposite of what I did. Start with a simple use case.

Luckily, the plugin development team has a video tutorial that will have you creating custom blocks in less than five minutes. I recommend following when creating your first one.

Once I cleared that initial hurdle, using the plugin was a breeze.

The plugin allows developers to add blocks, block categories, templates, and template categories. I mainly focused on creating blocks. The plugin worked pretty much the same as other template builders.

Following the tutorial video, I created a resource map block. It included an image, a title, a summary and a button.

There are several tabs for developers to create their blocks. Other than the main Settings tab, most work will take place under Attributes and Editor Display. The front view is only needed if the output of the block does not match what it looks like in the editor. The screen also has a Styles panel for adding custom CSS, which is loaded for the editor and the front-end.

The user interface generally seems simple when following the tutorial. However, there are tons of options and it’s easy to get lost once you start exploring them all.

Once I rebuilt my custom block, it appeared correctly in the inserter. I also tested a slash command to /resource card to make sure it worked.

A few missing features that I immediately noticed once I inserted my block were a custom icon and an example/preview. Both are relatively easy to add when creating a block type from code, so hopefully they’ll be on the agenda for a future release.

While searching for the custom block type through the inserter worked, I would also appreciate an option to create custom keywords.

I filled in the block details from the resource map and saved it.

To my surprise, I didn’t break anything. I started to wonder, Could building blocks be that simple?

I went through a few other simple block ideas and it was a nice experience. Although I no longer work with clients, I could see how it could save hours. Pair it with pattern lock would also be a routine use case so customers would just have to plug in their content and publish it.

There are some features supported by blocks that I would like to see added. The plugin currently allows developers to enable alignment and wide alignment. However, others like spacing, typography, and color would be easy wins.

I tested the free version of Wicked Block Builder. For single blocks it worked fine. For more complex use cases, developers will need to upgrade to professional version. It costs between $49 and $299 per year, depending on the number of sites supported.

Although I haven’t tested the pro version, it offers post and term selections, repeat fields, conditional logic, and support for internal blocks. After exhausting the basics, these will likely be needed on some projects. However, the free version can still get you quite far.